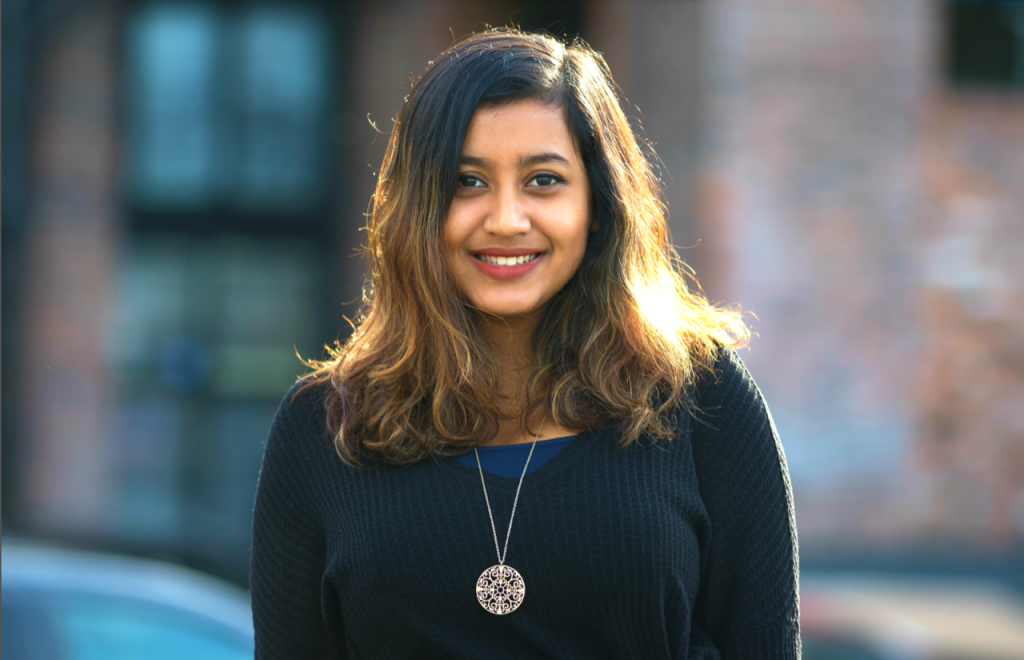 Brishti is a journalist with Capital Daily, an independent online news source based in Victoria, writes about language being one of the most important and underrated factors when thinking about community, culture, and inclusion. As an immigrant on her own in a city where few others speak her native languages, she came to understand how much of our own identities are wrapped up in what and how we speak.Through this article, Brishti explores the reasons behind her own reluctance to openly speak her native language in public in Victoria, and how the unconscious phenomenon of code switching has impacted her identity.

Do you remember ever going on vacation to a foreign land where you didn’t speak the language? Remember the relief you felt, after days or maybe even weeks of navigating unfamiliar transit systems and new restaurant menu options, upon running into another native English speaker? That moment when you could finally let go of the dictionary because you already had the words, the colloquialisms, maybe even the right jargon to connect with this other human being on a deeper level.

Life in Victoria hasn’t been quite so lonely an experience for me as it might for someone who doesn’t speak English. For one thing, English is my first language; for another, I’ve been here before.

The one year I spent living in Victoria with my parents as a 7-year-old felt like the best one I’d ever had. I liked it so much, I decided to traverse the world to come back here 11 years later for university. By that point, my family had lived in so many different cities and I’d been to so many schools, assimilation had become an integral part of our identity.

From Kolkata to Victoria to Chicago to Delhi and back to Kolkata we flew. Each time we left the motherland (India), I observed a curious phenomenon: my parents would inevitably gravitate towards the nearest Bengali diaspora community they could find. In our years living ‘abroad’, my mom would wear saris more often, it seemed, than she did in Kolkata, and we’d participate in more Hindu gatherings and festivals than we did in India.

But when we went back to India—the last time before I’d move to Victoria for university—my mom offered me a piece of advice: “never lose your accent,” she told me, referring to my newly minted, can’t-even-tell-she’s-not-from-here American accent that I’d picked up at school. She’d figured out, through those mid-2000s years in North America, how much easier life is when people don’t know you’re different.

So all through high school, I kept my accent in preparation for the privileged North American post-secondary education I’d grown to romanticize. When I landed in Victoria, it was the accent that confused almost everyone I met: “you don’t sound like you’re from India,” they’d say, after learning about my identity.

The accent gave me a kind of powerful anonymity that I cherished for much of my time in university. People didn’t know that I was an international student, that I was different beyond the colour of my skin, unless I explicitly chose to divulge that information.

Sometimes people would be privy to this information by virtue of their position of authority or through mutual relationships. A former boss at a co-op job once told me, “most Indian people smell really bad and are gross…but you’re different, I like you.” The parent of a white ex-boyfriend once spent an entire dinner—where I was supposed to be meeting the parents—in silent protest, not saying a word to me and making sure to avoid eye contact.

These were rarer incidents, but ones that made me more steadfast in my resolve to stick to speaking English whenever I was in public in Victoria. I did the opposite of what my parents did when they uncovered diaspora communities wherever they went—instead of seeking out other Bengalis, I’d socialize with the multicultural groups of students around me at UVic.

About three years ago, my current partner overheard a FaceTime conversation I was having with two best friends in Kolkata. “You sounded so different,” he observed, after the call had ended. He was right. With my best friends, I was transported back to using a version of English that included colloquialisms from Hindi and Bengali and could be expressed in a more spirited manner than the quieter form of the language I would normally use in Victoria.

It took someone pointing out that I, in fact, was code-switching for me to learn about the phenomenon. Since then, I kept a closer eye on conversations with friends back home and was almost shocked to find how wildly the content and my own mannerisms in those conversations differed from the ones I’d have with friends in Victoria. It was like being two people at once.

The process of merging those two people hasn’t come easy, but meeting other Bengali people—like my parents used to do—has been an eye-opening start. The conversations are easier, the food has more flavour, and I can leave my Bengali-to-BC dictionary at home.

I still find it uneasy to converse openly in Bengali when I’m out on a pandemic walk or at a restaurant with a Bengali friend. That simple shift in language lifts the cloak of anonymity in an instant, and can leave you wondering which of those strangers are staring at you out of polite curiosity and which ones want you to “go back to where you came from.”

It’s a phrase that has touched the lives of enough friends and acquaintances, both directly and in more subtle ways, to have become a legitimate fear for me; one that I’m slowly learning to overcome.

We are welcoming various guest authors to create space for a variety of viewpoints, therefore the messaging in the article does not necessarily reflect the thoughts of the Victoria Foundation or our partners.