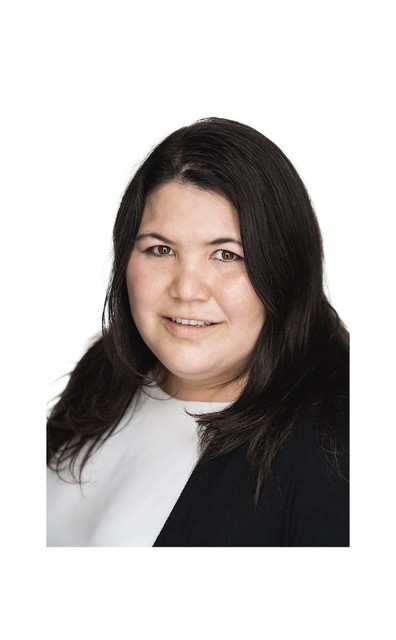 Director of Communications and Indigenous Relations for M’akola Housing Society and a weekly columnist for the Times Colonist, writes about inclusive and equitable storytelling when telling and sharing stories of diverse communities. She writes of her own experiences of the power of sharing cultural elements that may not be well known to aid in changing perceptions from a holistic lens, rather than focusing on dispelling stereotypes.

Stories are something that we often think of as entertainment and a part of the ritual of putting children to bed. Storytelling is not a rudimentary way to pass time, it is an ancient practice of conveying information in a way that is easily absorbed and remembered.

In my years of working as a newspaper reporter I learned the value in adding a human element into stories. If I was writing about a sewer line, I knew that I should include a person who was affected by the sewer line. No matter what the story is about, if there is a human element, we can all find a way to connect with that person on some level, even if the general topic does not interest us.

When something is important to us, it is hard to understand why others do not see the same significance. We all see the world through our own lenses that are a compilation of our experiences, beliefs, and families.

When we try and explain to others why something is important, often people turn to sharing data and numbers to demonstrate the importance, and it does not always work. The reason behind this is because for people to understand something, they need to feel a connection, and storytelling is a way to educate people in a gentle way, with powerful results.

Storytelling is an often-overlooked tool that can be utilized to make change and educate others.

Before you write a story, you will want to know who the audience will be. This sounds challenging, but it is something that we do every day. Something funny might have happened to you and you will tailor your story depending on if you are telling it to a friend, a child, or a cashier at the grocery store.

When I am using a story to convey a thought, experience, or perspective, I include the five W’s, but I know that the most important piece is the heart.

For me the heart of the story is a peephole that allows the reader to see the story through the lens of someone who is not always represented. I am an Indigenous person with a passion of connecting Indigenous and non-Indigenous people and communities together.

When I choose to add the heart into a story, I try and steer away from the obvious, and avoid giving more airtime to stereotypes. We’ve all heard stereotypes about Indigenous people and know what they are, so I choose to find components about Indigenous people, that do not get the same attention such as parts of the culture or experiences that are not always known or understood.

Stereotypes are negative and they exist to divide people, when we look to connect people and create a bridge of understanding, we need to find ways to bring people together.

Recently I chose to get Traditional Inuit tattoos on my fingers. When I share that they are from the ancient Inuit culture, people may want to hear more. If I only shared that I have finger tattoos, there could be different connotations.

When I told some of my acquaintances, I was getting finger tattoos, people mentioned to me that finger tattoos are associated with prison.

I have never been to prison.

I found an Inuit tattoo artist to give me the ancestral markings of dashes on my fingers. Traditionally Inuit tattooing was done by Inuit women for Inuit women. The art was a rite of passage, but it became outlawed during colonization and soon became a lost art. In many Inuit villages the last tattooed women were passing away, and Inuit tattooing was dying with them.

Now there is a resurgence of Inuit women bringing back the art form and wearing their tattoos with pride.

The dashes on my fingers signify an old Inuit story of a woman who refused to marry, and her fingers were cut off. Her fingers fell into the ocean and became the seals, whales, and walruses and she became the sea goddess. There are many different variations of this tale depending on the area it is told in.

I was adopted and raised in a non-Indigenous home and because of this experience, I have always struggled with my identify as an Indigenous person, and for me these tattoos were an empowering decision to aid me in my journey.

By sharing this personal story, if you see me on the street and notice my finger tattoos, you may see them in a different light. Without the story, your perception could be vastly different.

We are welcoming various guest authors to create space for a variety of viewpoints, therefore the messaging in the article does not necessarily reflect the thoughts of the Victoria Foundation or our partners.