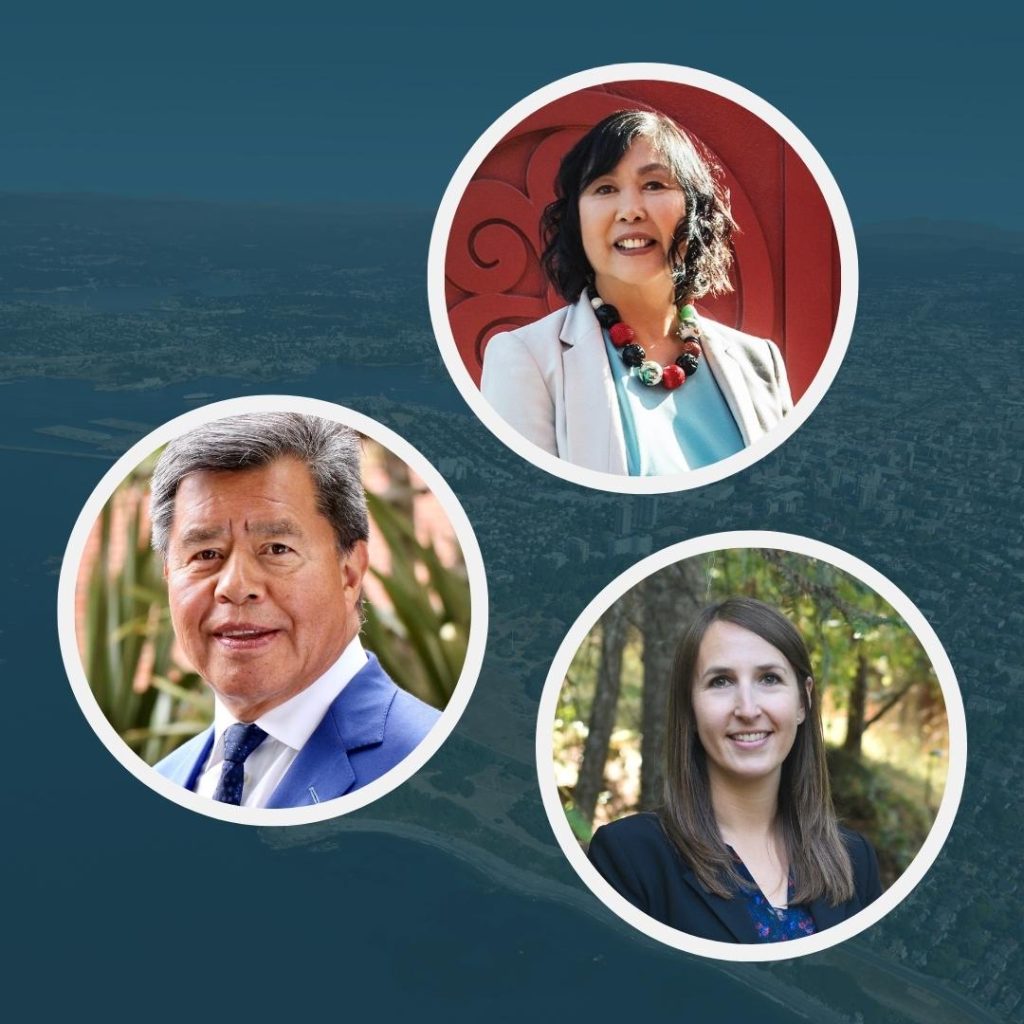 What is it that defines a community? Is it a geographic space connecting people through proximity, or is it a mutual interest transcending locality? Is it a common affection for a central amusement or a shared passion for a particular profession? Or maybe it’s a little bit of everything that comes together to bring joy to our lives, built on the subtle influences that flavour the unique experiences that make our days memorable. Join us as we share a few stories that outline what community means to some of the brilliant personalities we have connected with over the years.

Dr. Grace Wong Sneddon has been a strong advocate for many communities throughout Greater Victoria, drawing from her experiences growing up near Fan Tan Alley in Victoria’s Chinese community to guide, lead, and educate the various members of these communities.

“My dad had been in Canada for many years, but because of the Canada Immigration Act, he wasn’t allowed to bring his family with him,” shared Dr. Grace Wong Sneddon. “It wasn’t until after 1947 that there was any opportunity for our family reunification, and then it was only my mother and my older brother who came to Canada. I have an older sister, but by the time she was allowed to come over, she had her own family there. Years after my parents were reunited, I was born here in Canada. I grew up running up and down Fan Tan Alley, where there was a building that housed the single men who couldn’t bring their families over, and some of these men babysat me.

Stories from family and the people who helped raise Dr. Grace Wong Sneddon inspired her view of the world, and with feet in two camps — learning English in school while speaking Chinese at home — Grace developed a robust perspective that enables her to be a vital and active member of many local communities. “I was one of the lucky ones,” explained Grace. “I grew up in Victoria. This is home for me. My community was the Chinese community, but I didn’t speak English until I started school. Since we couldn’t speak a language other than English for fear of getting the strap, I didn’t talk until grade four.”

One of the benefits of being raised by older parents is the access to rich stories about the community’s history and how it provided benefits to future members like Grace. “In 1922, the school board chose to segregate Chinese children until the end of grade seven, which meant that junior high would be their first time in a public school. This was a time when the Chinese community wasn’t allowed to swim in public pools. They couldn’t play in the tennis courts, cross Douglas Street after dark, and had to be out of Oak Bay before nightfall, all while earning a lower wage. They lived with all of these different discriminations, but when this change came out for their kids, they said, ‘No. We’re drawing the line here. If we let this happen to our kids, it will affect every generation following, so we must stand up.’ And they did. The kids walked out on that first day of school in 1922 and didn’t come back for an entire year. The school board finally backed down to the original segregation plan — separating children until the end of grade three — so it wasn’t a huge gain, but it was a gain. To me, community is about resiliency and agency and the fact that the Chinese community came up with this phenomenal resistance plan for their children. On September 5, 2022, we commemorated the 100th anniversary of the Chinese students’ school strike with a walk from George Jay Elementary School to Kings Road, followed by an official ceremony that included an apology from the School District to the Chinese Community.”

Grace wears many hats, including adjunct professor in the department of Art History and Visual Studies and associate fellow in the Centre for the Studies of Religion and Societies at the University of Victoria, president of the Greater Victoria Eldercare Foundation, director of the Hoy Sun Ning Yung Association, and past chair of the Victoria Foundation.

“What’s good for one community can be good for others, too. For example, when we, as a community, started making sidewalks slope down for intersections, it benefitted a variety of people, including those with mobility devices, people pushing baby carriages and strollers, people carrying packages, seniors, and anyone else that might have been worried about tripping.

When something good happens in one community, chances are that benefit will be enjoyed by many in the community through the interconnectedness of it all. It’s good for all of us because it means we’re all treating each other with respect, that we’re good at listening, and that we care about each other as an individual as well as a group of people bringing strong voices and good hearts to the table.” — Dr. Grace Wong Sneddon [/callout] 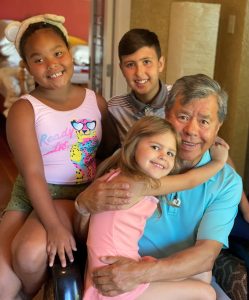 Patrick Kelly’s perspective on community is filtered through a lens of parenthood, with significant influence from his connection to traditional First Nations teachings.

“I think a welcoming and healthy community is one where the children are thriving and able to take care of themselves, have fun, enjoy their space, and have support from community and family and the institutions they need. I look at children as an indicator of the degree to which our community is healthy and doing well: if the children are OK, it’s probably a safe bet to think we’ve got some good things happening within our community.

“When I was a new parent, I was doing research work with the elders of the Coqualeetza, and I asked them, ‘what is my role as a parent?’ They conferred in the corner and came back about 25 minutes later. The spokesperson stood up, and she said, ‘well, that was a really interesting question. In our Sto:lo tradition, the role of the parent is to raise your child to be a self-supporting individual, based on his or her knowledge, skills, and abilities to take care of themselves and to help take care of their family. If they have more than that, they can help take care of the community. If they have even more than that,  they should help take care of the world. Help yourself, help your family, help your community, and help the world. And when I think about all people of the world — all the cultures of the world — I can’t think of any culture on the planet that would have a different perspective on what the role of the parent is. For me, it’s those universal principles and values and beliefs that I think give us the greatest opportunity to unite in our missions: help one another heal Mother Earth and help each other in times of need.”

For Patrick, there is a sense of interconnection that manifests within the community: a symbiotic ecosystem where everything plays a role in the development of everything else.

“In our language, Halq’eméylem, we have the word shxweli, which means that everything is interconnected,” said Patrick. “When I think about community, I think about the environment, the lands and the air, the water, the animals and the plants and trees: all the living things that share our space. I also think about the institutions and the resources we have in our community, the transportation and social services and the different educational programs we have. These are threads that unite everything in my view, and I can’t help but think about it from my cultural perspective as a First Nation person. Everything is interconnected, and anything done in one area affects something in another — or several other — areas. We’re just one part of a complex cosmos of things that make up our community.”

Patrick Kelly is a member of the Leq’á:mel First Nation (Sto:lo Nation) and former advisor to the Lieutenant Governor of BC.

Coloured by the Personal and the Professional 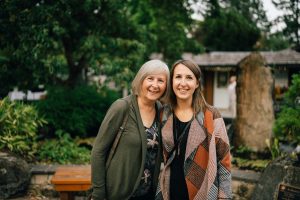 Carly Milloy was born and raised in Victoria and thinks of community in terms of her professional networks as well as how the community supports her family and how her family gives back. She is the Director of Advancement and External Relations at Pearson College UWC, a mother of two, a participant in the Gadsden Initiative, and a former tour guide at Juno Beach.

“After university and a quick stint with the provincial government, I joined the fundraising team at the Royal BC Museum in an effort to make it accessible for more people and families. Through the museum, I became connected with other organizations in Greater Victoria, which opened my mind to thinking about the community in a different way: a professional way. From there, I moved to the Canadian Red Cross, where I raised funds to benefit local families in need of support through our health equipment loans and flood and fire support, as well as large-scale disaster relief around the world. Now at Pearson College UWC, I get to meet the young people our team is raising money for. The students at Pearson represent 95 nationalities: people I might never have met otherwise, from countries I’d never travelled to and cultures I might not have learned about, and vice versa. These young people are living on our remote Metchosin campus, learning about peace and sustainability, with a chance to discover the broader community and become ambassadors for Victoria in their home countries. For me, professionally, working with these students has been incredibly rewarding.

Like many of us, Carly’s personal and professional perspectives are heavily influenced by community.

“On a more personal note, our first child was born six-and-a-half weeks early. I had worked a full day, then came home, and he was born a few hours later — on the eve of my birthday. Since his arrival was unscheduled and early, we needed a ton of support from multiple communities, family, and friends. The community stepped in to support us from the moment we left the delivery room, as we received a crocheted green cap, knit by one of the volunteers. He was born so early that we had nothing packed for the hospital and this simple gesture left a lasting impact. We also received a beautiful quilt, which was for infants in the neonatal intensive care unit (NICU) at Victoria General Hospital. Babies tend to get moved around the room, and this quilt was a colourful way to help us quickly see where our little guy was. They draped it over the incubators to make them a bit darker for the babies, and it also personalized them. That quilt was another special gesture that made us feel supported by the community.”

These were among some of the experiences that profoundly affected Carly and her family, inspiring them to give back by supporting fundraising efforts for the NICU.

“My son is now nearly nine years old, and over the years, I’ve had the privilege of participating in fundraising projects for the NICU, raising money for things like special furniture — comfortable chairs so the moms can snuggle and nurse their babies — and hosting a luncheon at Jeneece Place as a thank you for the doctors and nurses, as well as a way to make sure the current NICU families know they have the support of the community.

“Something I noticed in all of the communities I’ve been in, professional and personal, is the feeling of safety, where you can be vulnerable and ask for help and support when you need it, without judgment, without hesitation. That connection to one another is what I crave.”